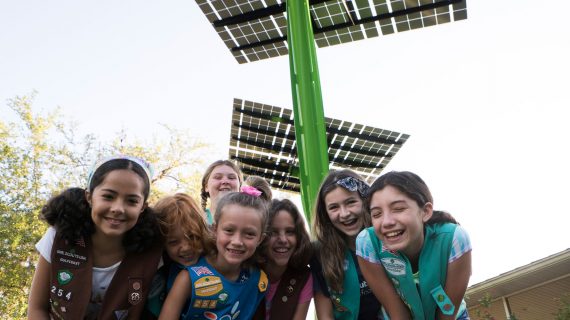 During Women’s History Month, we celebrate the women who have made meaningful impacts in our society. There are many remarkable women who have paved the way toward renewable and clean energy and revolutionized our industry.

One of those notable women is Dr. Mária Telkes. Known as the “Sun Queen,” she is widely recognized as one of the first researchers to harness the sun’s energy using a process similar to the technology found in solar cells today. She also invented one of the first successful solar ovens!

FPL SolarNow is committed to continuing her vision. By transforming zoos, parks and museums into living classrooms with our solar array installations, we are educating future generations about solar energy. With 70+ locations throughout Florida, you can see solar trees and solar canopies up close either in-person or virtually. Check out some locations that honor local women in our community and discover how we are working with an organization that empowers girls across the world.

Named for one of Miami’s most important preservationists, Margaret Pace Park was created in the late 1960s. The park bearing her name is an eight-acre oasis along the shores of Key Biscayne and features a solar canopy and three solar trees. 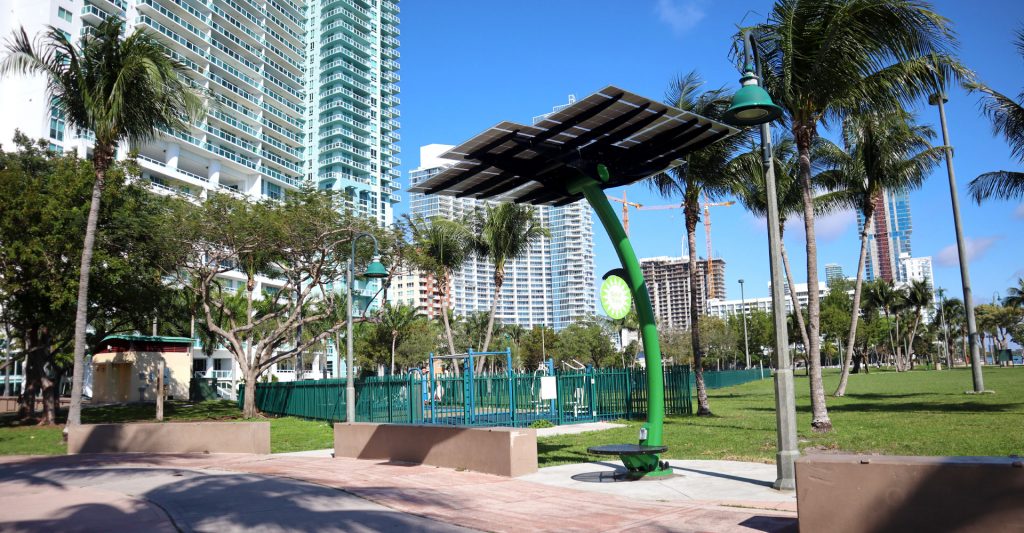 Morgan Levy Park is named for the co-creator of the West Dade Federation of Homeowner Associations. As WDFHA president for 17 years, Morgan Levy led the incorporation movement for Doral, which became a city in 2004. Five years later, the Doral City Council voted to name a beautiful 10-acre park after her, which now features two solar trees and other wonderful amenities. 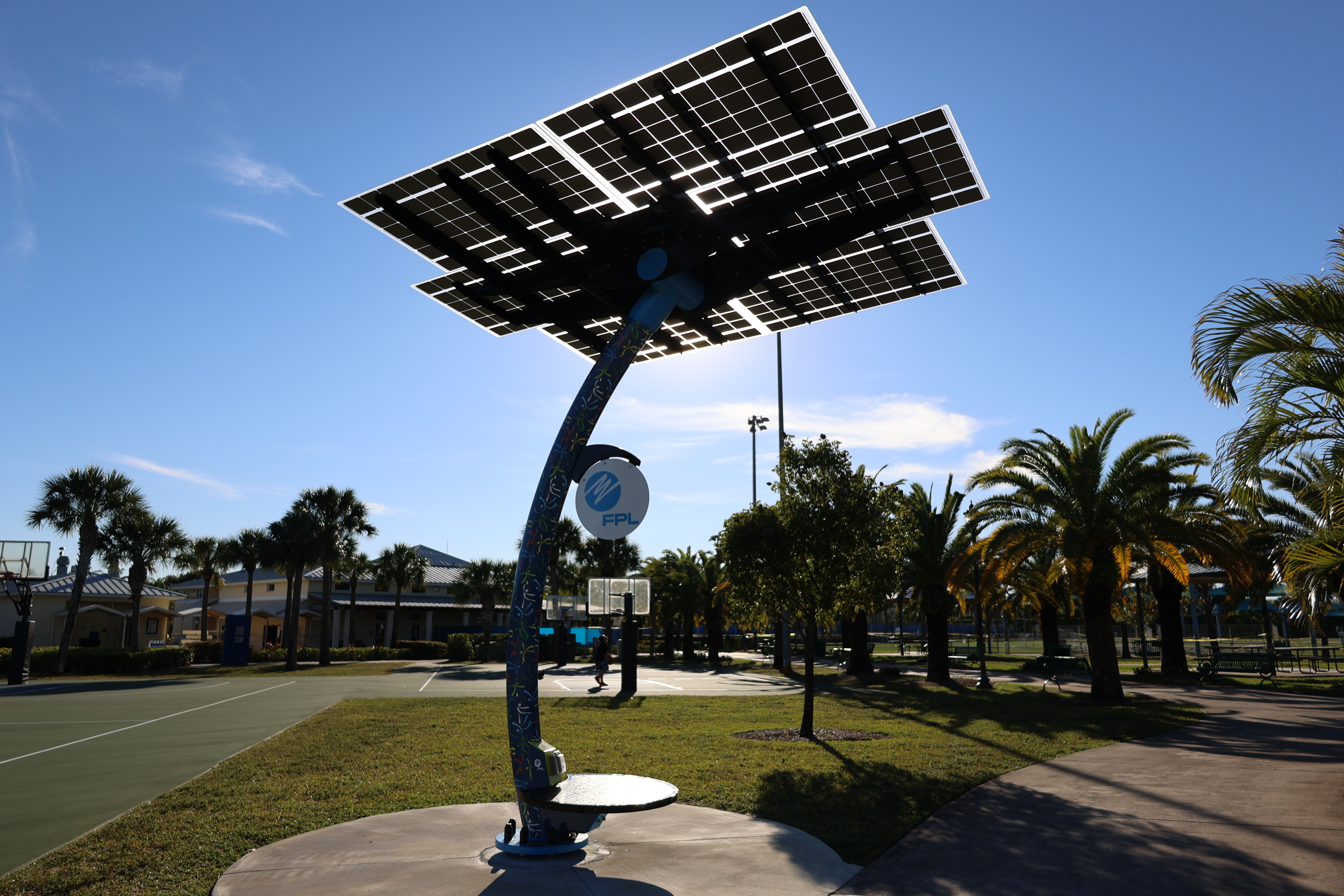 While we acknowledge women in history, it is equally important to invest in the future of women. That’s why FPL supports STEM initiatives via partnerships with organizations like the Girl Scouts to share the importance of solar, encourage female leadership and inspire young minds.

At the Girl Scouts of Gulfcoast Florida’s headquarters, a unique 150-foot installation inspires the local scouts to learn more about renewable energy. With 126 solar panels, the canopy also provides covered parking for 20 vehicles. In addition, campers at Camp Honi Hanta in Bradenton can enjoy shade under the SolarNow solar tree that was installed on the campgrounds.

Over on the east coast of Florida, more than 50 local Girl Scouts from the Girl Scouts of Southeast Florida were the first to receive the NextEra Energy Renewable Energy Patch in 2019. The local Girl Scouts had the opportunity to participate in instructor-led, hands-on activities on renewable energy, testing out new technology being used by FPL.

FPL is dedicated to enriching the lives of our children. As we look toward a more sustainable planet, it is more important now than ever to educate and spread knowledge about one of our most valuable resources – the sun.

Are you a SolarNow participant?

These offers are solely for FPL SolarNow participants as a thank you for supporting solar energy in Florida. If you’re not yet a participant, joining is easy! Click the link below and sign up today to enjoy access to these exclusive perks.